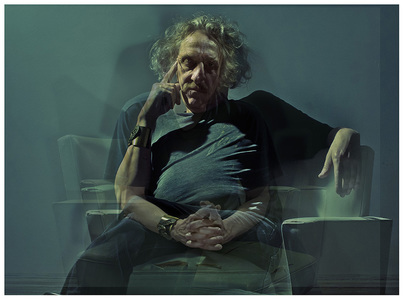 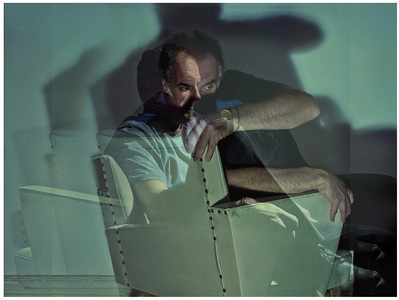 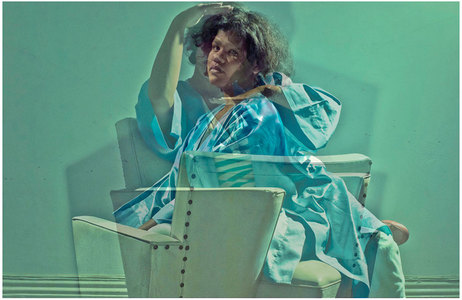 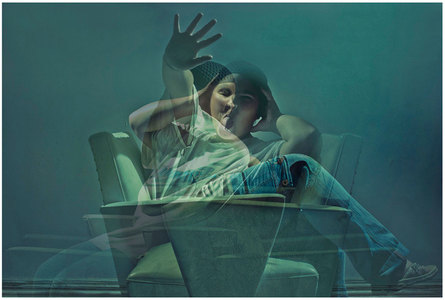 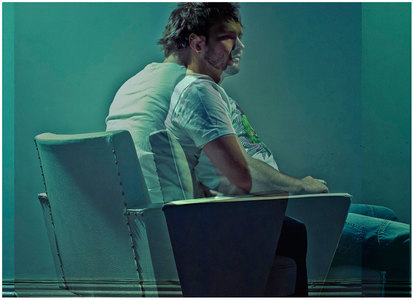 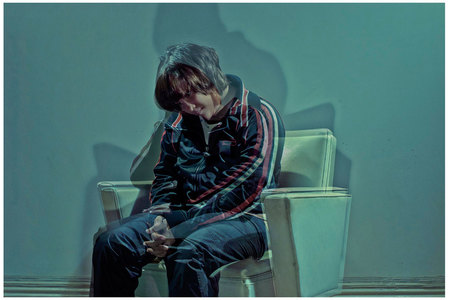 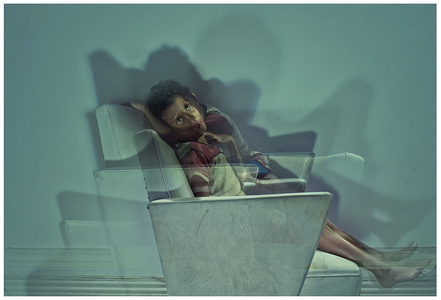 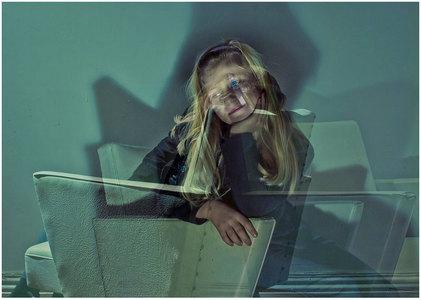 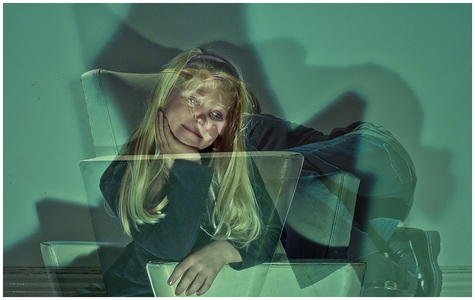 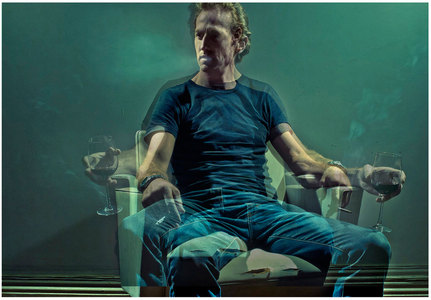 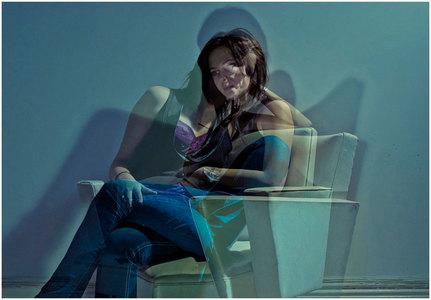 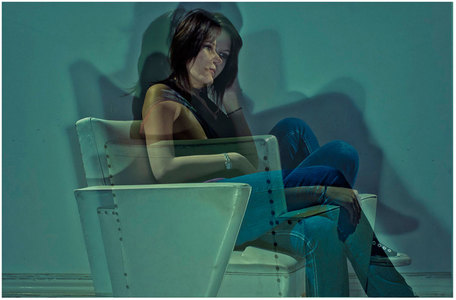 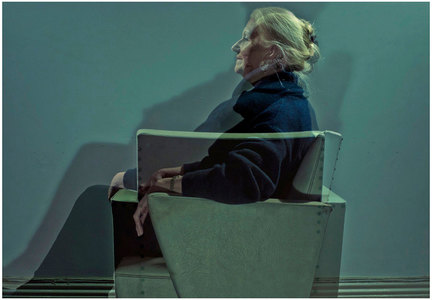 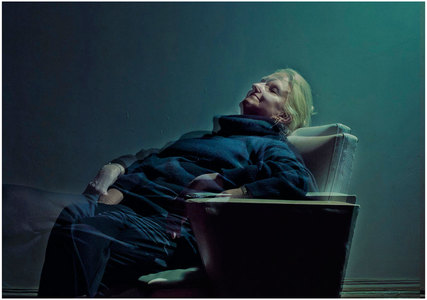 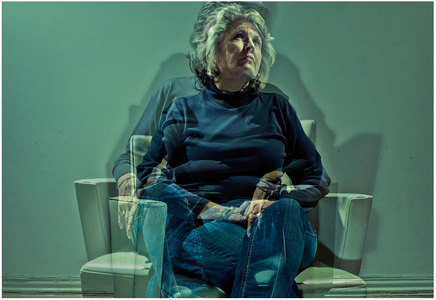 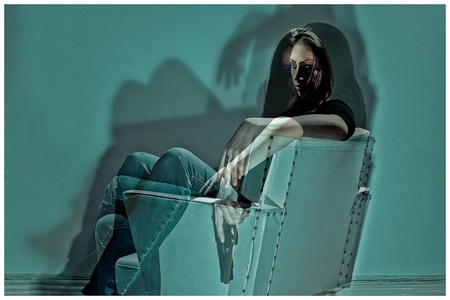 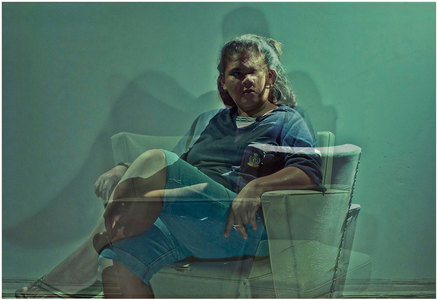 PERSONA
In 2009 I set up an angular white armchair in my studio and asked a selection of friends and acquaintances to come sit for me.

I purposely had in mind the idea of taking two exposures and moving the chair once between each take. I was simply interested in the visual effect this might have, as I anticipated the chair might create a cubist like quality to the image, which upon viewing the final results I felt certainly did. The work began to take on a Braque like quality.

However on closer inspection I realized something strange and more profound was happening. Each individual appeared to be taking on the appearance of another person entirely, possessing a very different persona, while simultaneously projecting a personality at odds with the sitter I knew. Looking at these images I see their alter ego, wrapped around them in a ghostly and strange manner. Understanding that word Persona derived from Latin where it originally referred to 'mask', I feel adds further credence to the notion that what lurks within us can often be hidden by the 'mask' we present to the world.

This series to my mind opens dialogue to other themes, such as Schizophrenia, Capgras Delusion, Dissociative Identity Disorder. Subjects for an entirely new series. Something to be investigated. Therefore this is just the beginning.
Loading...