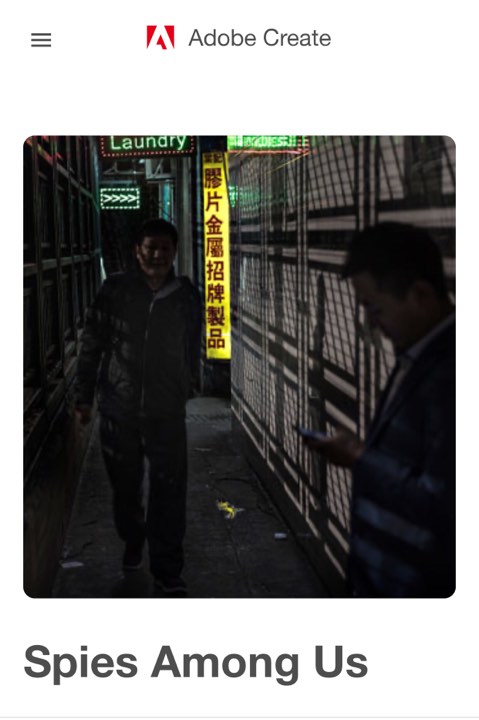 A wonderful article by gifted writer Brendan Siebel for Adobe Create magazine 'Spies Among Us.  As he calles it a on my 'cloak and dagger' tale, set in the city of spies.  Hong Kong.
The Red Corporation now showing at The Foreign Correspondents Club, Hong Kong. Click here.

The Eye of Photography. The Red Corporation 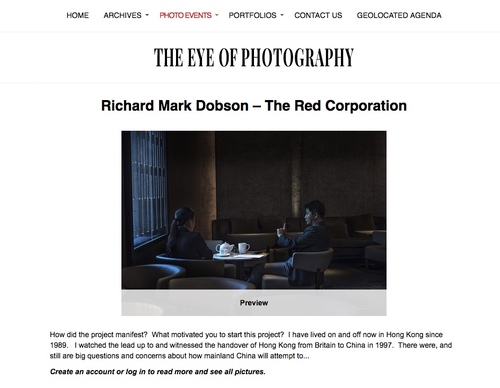 The Red Corporation is set in the Hong Kong of here and now.  China 2019.  Where the ‘figment’ comes into play within this body of work, is that I choose to walk the streets believing I'm immersed in a city riddled with spies.  And in actual fact I'm really not far wrong making that assumption.  Local newspaper headlines fuel my imagination;  The SCMP;  ‘Arrest of ex-CIA agent fuels Hong Kong's reputation as spy hotbed’, and 'Hong Kong still active as spy hub of the east’, and The Wall Street Journal declares, 'Hong Kong Riddled With British Spies'.

Letting my imagination run wild as I took to the streets of this former British territory, had a bizarre effect! My camera seemed to willingly tempt mysterious and ambiguous scenes out of the randomness of the street.  All I had to do was walk and observe, and uncannily the world of John Le Carre appeared all around me. As with Neonopolis and more recently my Macau focused project Puntopia, what I am finding fascinating as I delve into these self initiated quasi-fictional ideas, is that my camera seems to almost have a mind of its own. The cameras willingly finds the frame and vibe for me. I certainly don’t ‘try’ force anything.  Certainly not the story because a lot of what I do today is less about story and more about vibe.  The vibe is the story, the narrative is the vibe. 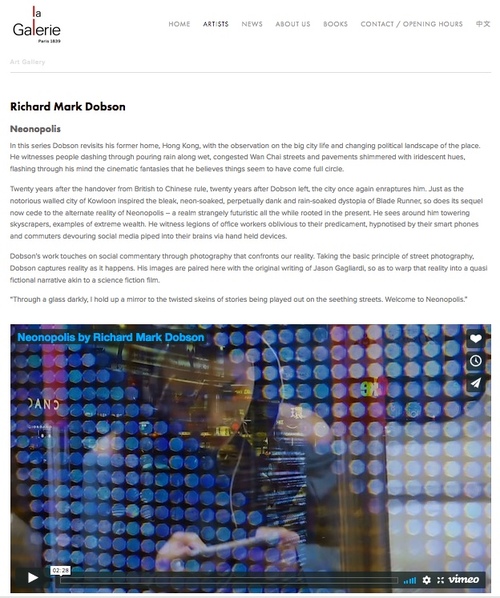 Richard Mark Dobson Neonopolis In this series Dobson revisits his former home, Hong Kong, with the observation on the big city life and changing political landscape of the place. He witnesses people dashing through pouring rain along wet, congested Wan Chai streets and pavements shimmered with iridescent hues, flashing through his mind the cinematic fantasies that he believes things seem to have come full circle.
OnEdgeStreet-Neonopolis. On the Edge of Dystopia 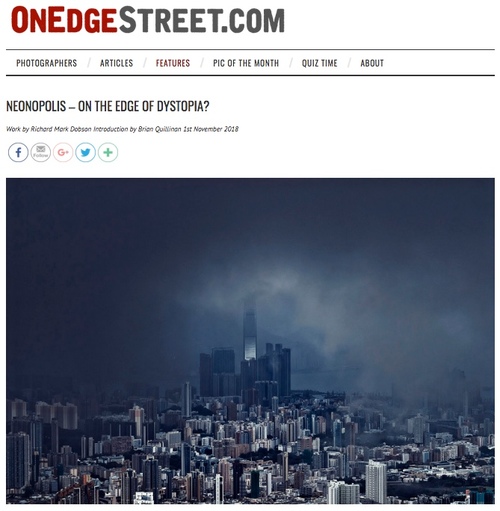 We are living in a new world. We adapt or we detach, or perhaps choose to sit around and complain. In some sense we are the chosen ones. We’ve been handed more gifts than any life form preceding us, it’s quite astonishing. We know more about the world and ourselves in it, exponentially. Some of us get richer daily, some of us fatter and others left behind drink from the gutter. But what is happening collectively? Have our egos led us to scamper like rats down a sewer pipe with no common goals left as a people? Post religion, post national, are we losing our collective vision of ourselves?
Loading...